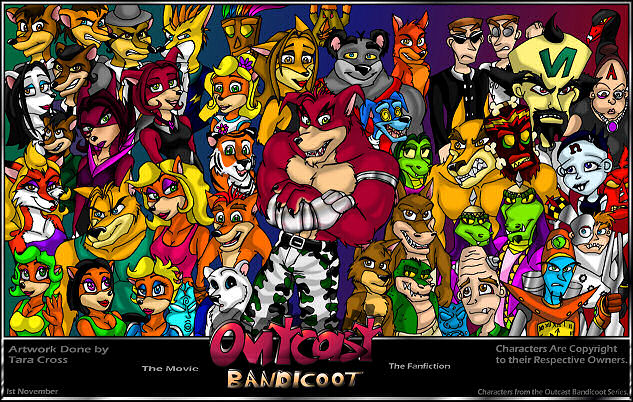 The whole trilogy of Outcast Bandicoot is based along Crunch's life, but there is a story which is based on when he (and other minions) were first evolved by the Evolvo-ray.

Also, the stories follow the Crash game storylines (except the Vicarious Visions games and the racing games) while OB1 starts after CB1, and ends at the end of WoC. While OB2 starts after OB1, and OB3 starts after OB2 and ends.... (was going to try and join it to Twinsanity but sorry fans, it can't work!).

This series of highly recommended to all Crunch fans, and possibly other Crash fans who just don't know Crunch or just isn't a fan of him. But it may not be the one for fans of the 'New Age' Crunch *coughCTTRTITANScough* because the Crunch I portray is nothing like the new revamped one, but you're welcome to read if you wish.

Some people may also be aware of the fact that the stories aren't very well written (grammar mainly) but I do try to fix them though...

I hope you enjoy my work, take care. Just the button 'Stories' above on the link selection.